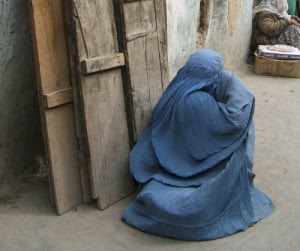 So I suppose it is predictable of me to reject the West End in favor of the Tricycle but if there is any real theatre going on in London it's in Kilburn or Hammersmith or Battersea, in other words, of course, the fringe. The seven hour marathon of 12 short plays by 12 playwrights about Afghanistan set from 1842 to the present put on earlier this year by the Tricycle is risky and ambitious and has evidently paid off. The production is back by popular demand for a short run this summer and I caught Part II. The four 1/2 hour plays I saw covered the years 1979-1996, and was subtitled "Communism, the Mujahideen & the Taliban." The pieces were all excellent and uniquely imagined, covering various aspects of Russia's failure in Afghanistan and the rise of the Taliban with American support via the Pakistanis. It made for some pretty vital theatre, an animated history lesson. Especially, when the New York Times headlines the next morning declared that leaked classified US government documents from the most recent war in that beleagured country confirmed the production's predominant message: history repeats itself with impunity. The Pakistanis are still supporting the Taliban, the Americans and Nato never really stood a chance. But was I transported? I was certainly very interested, and thought the writing and the acting above average. Blatantly agenda driven theatre does not generally turn me on. I appreciate but don't love, say, George Bernard Shaw or Eve Ensler. And there was certainly an element here of preaching to the converted: the CIA is bad, the Taliban is worse, the human spirit will abide. Nevertheless, if I weren't about to leave town and lived a little closer to Kilburn I would be heading back there for parts I and III. Edifying and entertaining for £12 a ticket. You can't go wrong.
Posted by Jenny at 11:48